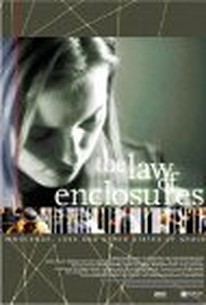 Two young people struggling to find happiness in the midst of adversity exist side by side with their alter egos, an older and very unhappy married couple, in this offbeat drama. Beatrice (Sarah Polley) is a supermarket checkout girl fascinated by Henry (Brendan Fletcher), an angry and withdrawn young man whose bitterness stems largely from having been diagnosed with a rare, often fatal form of cancer. Beatrice and Henry fall in love, their passion intensified by the possibility of Henry's imminent death, but Henry's life is saved by surgery and they soon marry. In contrast, Bea (Diane Ladd) and Hank (Sean McCann) are a sixtysomething couple whose love burned out long ago. Bea and Hank have first grown bored, and then bitter, their rancor coming to a head when Hank buys a retirement home without consulting Bea, and she gets back at him by incurring financially ruinous construction and decorating expenses. Living near Bea is her old friend Myra (Shirley Douglas), whose husband Stan (Victor Cowie) is dying of cancer, while Beatrice's best friend Myrah (Kristin Thompson) has fallen deeply in love with Stanley (Rob Stefaniuk), a soldier soon to leave for the Gulf War. The Law of Enclosures was based on the well-regarded novel by Dale Peck and was the first non-gay-themed project from director John Greyson.

Critic Reviews for The Law of Enclosures

There are no critic reviews yet for The Law of Enclosures. Keep checking Rotten Tomatoes for updates!

There are no featured reviews for The Law of Enclosures at this time.

The Law of Enclosures Quotes