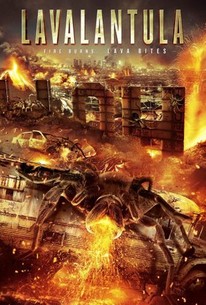 In this sci-fi horror movie a washed-up action star from the 1990s tries to be a hero in real life, fighting off a monstrous swarm of giant lava-breathing tarantulas that have erupted out of ancient volcanoes in the Santa Monica Mountains and are leaving a fiery path of death and destruction across Los Angeles. Cast includes Steve Guttenberg and Nia Peeples.

Danny Woodburn
as Arni
View All

There are no critic reviews yet for Lavalantula. Keep checking Rotten Tomatoes for updates!

There are no featured audience reviews yet. Click the link below to see what others say about Lavalantula!