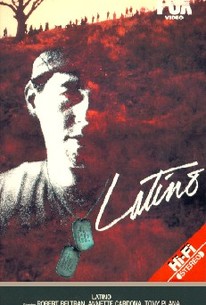 The fighting between the Sandinista government in Nicaragua and the Contra rebels backed by U.S. money and expertise is the focus of this pro-Sandinista film by Haskell Wexler. The appropriately named Eddie Guerrero (translation Eddie "Warrior") is a Vietnam War veteran sent to help out the U.S. Special Forces as they train and abet the Contras in their forays across the border from Honduras into Nicaragua. Eddie becomes romantically involved with Marlena (Annette Cardona), and at first they see eye-to-eye on politics and the need to overthrow the Sandinistas. Then the excesses of the Contras in their raids across the border are brought home to Eddie, while Marlena sees that the new Nicaraguan society is not what Contra propaganda claims. For some viewers, the couple's eventual conversion to supporting the Nicaraguan government may seem like one more cog in an anti-Contra diatribe, which is regrettable since Wexler could have given this film enough nuances to present the subtleties of the conflict and still prove his point.

Walter Marin
as Gilberto
View All

There are no critic reviews yet for Latino: America's Secret War in Nicaragua. Keep checking Rotten Tomatoes for updates!

There are no featured reviews for Latino: America's Secret War in Nicaragua at this time.