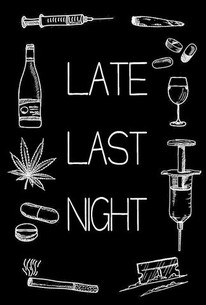 Emilio Estevez, Steven Weber and Diane Ladd star in this comedy about a man whose marriage is going through a rough patch. One of his buddies decides he needs some cheering up, so he takes him for a night on the town that proves to be a bit wilder than he was expecting.

Not only is it not particularly funny, it's also quite dull.

I didn't know what to expect going into this. I was trying to do homework and so I put this on for noise. Oddly enough I got sucked in to it's...charm? The movie starts out with Emilo mad and taking off. What follows are flashbacks of his life with his wife which apparently he left before she left him. It's one of those nights were stuff goes wrong due to that "friend" we have all known. He is lonely and has no one to turn to so he calls up an old friend Steven Weber which he hasn't talked to in years apparently. Steven takes him out to get a drink pushing him along to get drinks and talk to women being the typical wing man. Next thing you know you got drugs, prostitutes, and copious amounts of alcohol. While Steven is trying to get Emilo's mind off his soon to be ex wife you can see the realization in his eyes as more and more flashbacks reveal how life was and what he really wants. I think it's a good movie to show you have to realize what you have at home and value it. Love has it's ups and downs but you can't just give up. This movie seems incredibly random a lot of the time, random events strung together to create a tapestry of a story that pulls itself together quite nicely at the end.