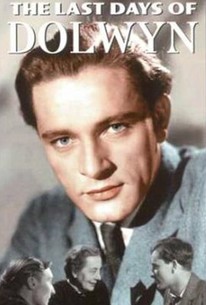 A movie based on a true story, this is the story of a man who was exiled as a thief from his village but later returns for revenge. He plans to buy the entire district up as part of a water reservoir project but an old woman and her stepson stand in his way. Revenge, murder, desperation and love all intertwine in this moving account. This was Richard Burton's first screen role, having been a stage actor prior to his stint in the Royal Air Force as a navigator during WWII.

Hywel Wood
as Hywel
View All

Critic Reviews for The Last Days of Dolwyn (Women of Dolwyn)

There are no critic reviews yet for The Last Days of Dolwyn (Women of Dolwyn). Keep checking Rotten Tomatoes for updates!

There are no featured reviews for The Last Days of Dolwyn (Women of Dolwyn) at this time.