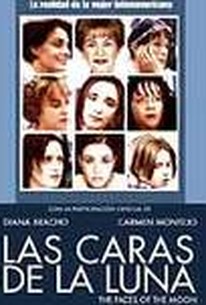 Five women from wildly divergent backgrounds find themselves swapping views on feminism, politics, and culture in this talky ensemble drama. Magdalena (Diana Bracho) is the coordinator of Mexico City's Latin American Women's Film Festival, and she's brought together five women to review and rate the year's entries. Joan (Geraldine Chaplin) is a lesbian film writer from New York whose views on the cinema are just as extreme as her position on gender politics. Maruja (Ana Torrent) is a mainstream film producer from Spain. Mariana (Carmen Montejo) is a veteran filmmaker whose career broke new ground for women in the Latin American film industry. Balsher (Carola Reyna) is a political filmmaker exiled from her native land. And Julia (Haydee de Lev) is a woman from Uruguay who has spent nearly a decade and a half in prison. As the women gather to watch a variety of different films made by women, they often find themselves arguing about the issues raised by the films and about how they impact women and society as a whole.

There are no critic reviews yet for Las Caras De La Luna. Keep checking Rotten Tomatoes for updates!

There are no featured reviews for Las Caras De La Luna at this time.