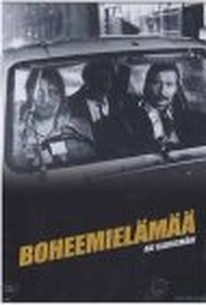 This is a well-regarded contemporary dramatic retelling of the story most familiar to audiences from Puccini's great opera La Bohème and was made by the noted Finnish film director Aki Kaurismaki. Like the opera, it is based on the novel Scènes de la vie de bohème by Henri Murger. Despite their ever-present poverty, which poses a constant threat to their continued existence, the artists and their friends in this movie speak in only the most polite, elegant, and genteel manner, which only serves to underscore their desperate situation. In the story, the poet Marcel has been unable to come up with the rent for his barely tolerable room and has been evicted from it. While wandering in his neighborhood, he catches the eye of Rodolfo, an Albanian immigrant eating in a small cafe, who waves him over and invites him to share his dinner. Though they have never met, they are soon deeply involved in a discussion about art. They leave the restaurant together and, for want of a better idea, wander back to Marcel's former room. There the poet and his new friend, the painter Rodolfo, discover an equally congenial companion in the man who just rented his room, Schaumard, an Irish composer. Just one step away from starvation most of the time, these loyal friends share resources to help one another out. On one occasion, Marcel needs a suit for a job interview and is able to borrow one from one of Rodolfo's portrait sitters long enough to be interviewed and get a paid job. With his earnings from his new editing job, Marcel buys Schaumard a car he needs. On the job, Marcel meets poor provincial girl Musette, whom he falls for, and at the same time Rodolfo finds another poor provincial girl, Mimi, on his doorstep. He quickly comes to love Mimi, but circumstances constantly thwart their being together, until he at last succeeds in making a place for them and she dies in his arms. ~ Clarke Fountain, Rovi

Dominique Marcas
as Lady at the Second-Hand Shop

Andre Penvern
as Inspector
View All

The kind of pocket universe you'd love to slip into for a summer or two, as long as you could stage a strategic exit before the food runs out.

There are no featured audience reviews yet. Click the link below to see what others say about La Vie de Bohème (Bohemian Life)!