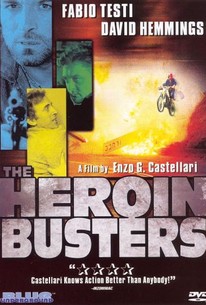 An undercover cop deeply entrenched in a lucrative international drug syndicate (Fabio Testi) and a trigger-happy Interpol agent (David Hemmings) attempt to survive on the streets long enough to bring the criminal element to their knees in director Enzo Castellari's explosive poliziotteschi. The city of Rome is about to erupt into violence, and as Inspector Fabio and agent Mike Hamilton become tied up in the twisted world of hard drugs and sexual depravity, the only thing standing between order and complete chaos are two tough law enforcers who may already be too far gone to get the job done. Now, with little time to spare and the specter of death looming on every city block, it's time to pick sides for the final battle and take on a hail of gunfire to take back the streets once and for all.

There are no critic reviews yet for La Via Della Droga. Keep checking Rotten Tomatoes for updates!

There are no featured audience reviews yet. Click the link below to see what others say about La Via Della Droga!