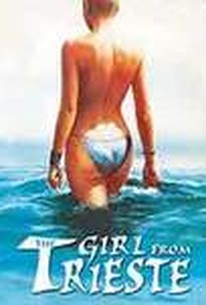 This ineffably bizarre drama stars Ben Gazzara as an American cartoonist who sees a beautiful woman named Nicole (Ornella Muti) being saved from drowning while he draws on the beach. He offers her a blanket, beginning a strange relationship with the obviously unbalanced woman which ends when she shaves her own head and walks into the ocean to die. Muti carries the film with an engagingly peculiar performance as the disturbed Nicole, who strips for bellboys, exposes herself to passing tourists, hallucinates insects in her bathroom, and goes into a coma after being raped in a mental institution. Mimsy Farmer co-stars as Gazzara's ex-lover and William Berger appears briefly as a bartender. Despite being blighted by a distracting Riz Ortolani soundtrack and a fundamentally lurid approach, Muti and director Pasquale Festa Campanile imbue this film with enough interesting touches to make it worthwhile. ~ Robert Firsching, Rovi

Romano Puppo
as Toni
View All

There are no critic reviews yet for La Ragazza di Trieste (The Girl from Trieste). Keep checking Rotten Tomatoes for updates!

There are no featured reviews for La Ragazza di Trieste (The Girl from Trieste) at this time.