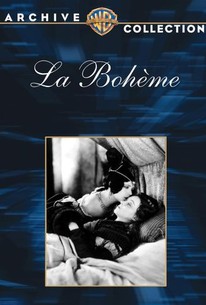 Amidst much fanfare, Lillian Gish was signed to a fabulous MGM contract in 1925 which not only assured her $400,000 per picture but also gave her complete control over her productions, including choice of co-stars and directors. For her inaugural MGM effort, Gish selected La Boheme, the theatrical version of Henri Murger's 1851 novel The Latin Quarter. Thanks to copyright conflicts, MGM was unable to use the plot elements from the Giacomo Puccini opera based on the Murger book (there'd been plans to prepare a musical score based on Puccini's themes, but these fell through at the last moment), so scriptwriter Ray Doyle and Harry Behn relied almost exclusively on the original novel. Gish is cast as Mimi, the fragile little seamstress who takes up residence in Paris's "artists colony." Here she falls in love with aspiring painter Rodolphe (John Gilbert), who though professing undying devotion and dedication to Mimi cannot help but dally with other girls. To finance Rodolphe's artistic career, Mimi pawns all of her belongings and takes a series of back-breaking jobs, destroying her health in the process. Only when Mimi is on her deathbed does Rodolphe realize the extent of her sacrifices -- and of his love for her. Renee Adoree co-stars as the saucy Musette, whose double-entendre antics are toned down here, while Edward Everett Horton steals several scenes as Rodolphe's musician pal Colline. Though John Gilbert hams it up, Lillian Gish's brilliant performance is a model of restraint and subtlety. For her final scene, the actress went to appalling lengths to convincingly simulate death, going without water for three days and training herself to breathe without discernible movement (even when seen today, the effect is startlingly real). Available only for archival showings until the early 1970s, a restored version of La Boheme was reissued theatrically in 1978, while an even better restoration was made available to television in the 1990s through the auspices of the Turner Classic Movies cable service.

There are no critic reviews yet for La Boheme. Keep checking Rotten Tomatoes for updates!

There are no featured audience reviews yet. Click the link below to see what others say about La Boheme!