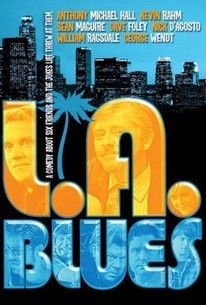 Written and directed by Ian Gurvitz, the comedy/drama LA Blues follows a police detective who attempts to unravel why a man has attempted to kill himself. Soon she interviews a man who knew what was going on in the man's life, and eventually the officer and the audience learn about the problems of a group of male friends. The ensemble cast includes Anthony Michael Hall, Nicholas D'Agosto, William Ragsdale, and Dave Foley.

John Farley
as Cop No. 1

There are no critic reviews yet for L.A. Blues. Keep checking Rotten Tomatoes for updates!

There are no featured reviews for L.A. Blues at this time.