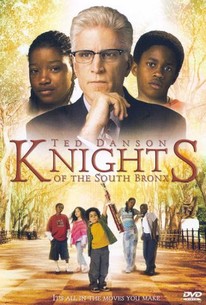 Inspired by the true-life tale of a dedicated elementary-school teacher who inspired his inner-city students by teaching them the game of chess, Allen Hughes' uplifting made for television feature marks a noted departure from such previous efforts as From Hell and Menace II Society. Richard Mason (Ted Danson) was middle-aged and unemployed when he decided to take up teaching inner-city students, and though most of the kids in his classroom couldn't have cared less about their education in the beginning, something curious happened as time went on. Realizing that he wasn't getting very far with his students through conventional means, Richard realized that he would have to innovate in order to encourage critical thinking among the impressionable youngsters. By breaking the curriculum and instead teaching his pupils the finer points of chess, the man who had once lost all motivation in life suddenly realizes just what a difference one teacher can make if they simply become more attuned to the needs of their students.

Critic Reviews for Knights of the South Bronx

Stubbornly refuses to rise above its own genre, sticking so closely to the formula that it winds up earning more snickers than applause.

Audience Reviews for Knights of the South Bronx

A well-executed, inspiring, feel good classroom film. I just love movies like this. A little more than made-for-tvish, but it did my heart good...

Knights of the South Bronx Quotes