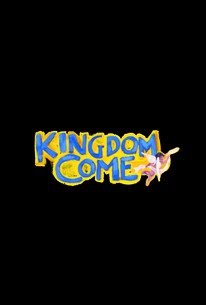 Critics Consensus: While it has its moments, Kingdom Come is marred by a script that's low on laughs and uneven in tone.

Critics Consensus: While it has its moments, Kingdom Come is marred by a script that's low on laughs and uneven in tone.

Critic Consensus: While it has its moments, Kingdom Come is marred by a script that's low on laughs and uneven in tone.

Based on the play Dearly Departed by David Dean Bottrell and Jessie Jones (who also penned this screenplay), this new comedy from the director of Jason's Lyric looks at a family gathering after one of their clan dies of a stroke. In the midst of a sweltering summer, the Slocumb family convenes. They include Charisse (Jada Pinkett Smith), the long-suffering, frustrated wife of philandering Junior (Anthony Anderson); there's also the Bible-spouting Marguerite (Loretta Devine), who prays to save her hard-living son Royce (Darius McCrary) from a life on welfare. Lucille (Vivica A. Fox) is the devoted family peacekeeper who is struggling with a money-grubbing funeral director, and her husband Ray Bud (L.L. Cool J) has major contempt for his family and wishes he were burying them instead. Kingdom Come also features Cedric the Entertainer as an intestinally challenged reverend and Whoopi Goldberg as the family matriarch. ~ Jason Clark, Rovi

Vivica A. Fox
as Lucille Slocumb

Cedric the Entertainer
as Reverend Hooker

Ellen L. Cleghorne
as Lady No. 1

Natalie D. Wilson
as Lady No. 3

Sandrina Nicole Shepherd
as Lady No. 4

This story about relatives who set about annoying each other at a funeral has some heartfelt emotion, but it clashes spectacularly with unseemly gross-out humor.

A heavyset daughter who never talks but eats a lot is named Delightful, which is supposed to be funny. That pretty much sums up the movie's comic tone.

While Kingdom Come follows the formula for comic combustibility, it's even more inert than Bud, who at least comes to life for a brief fantasy sequence.

The structure and style are a staple of many traveling black stage shows ... What slays them in the second balcony, though, flattens on the screen.

Manages to be profound without being pompous.

...a well-intentioned yet wholly misguided piece of work that effectively wastes its talented cast...

There's nothing original about this film, but it does boast a solid anchor in Goldberg and include some pretty good acting around her.

The script, like the direction by Doug McHenry, relies too heavily for comic effect on broad comic contrivances and high-volume arguments.

It takes this stock situation and gives it moments of discovery, as well as an emotional showiness that's sometimes hard to resist.

With its universal themes, Kingdom Come offers a great deal to enjoy, from its stellar cast to its entertaining screenplay

Something is amiss when gentleness is the most memorable element of the film that desperately wants to be a rollicking gutbuster.

I absolutely LOVE this movie! Great ensemble cast; all these talented and well-known people exercising their comedic bones and bringing about great results!