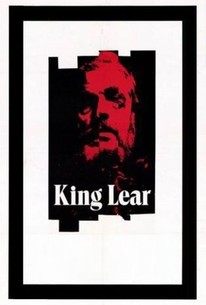 In director Peter Brook's King Lear, Paul Scofield portrays the title character, a senile old ruler, whose susceptibility to flattery proves his undoing. The premise involves Lear's ill-fated attempts to divide his kingdom amongst his three daughters -- a goal that ultimately leads to tragedy. The stark terrain of Denmark stands in for England in this version, adding a brooding visual texture to the picture that exists alongside the traditional Shakespearean dialogue. Lear's daughters are played by Irene Worth (Goneril), Susan Engel (Regan), and Anne-Lise Gabold (Cordelia); others in the cast are Alan Webb (Gloucester), Cyril Cusack (Albany), Patrick Magee (Cornwall), and Jack MacGowran (the Fool). Younger viewers and those faint at heart be warned: +King Lear is one of Shakespeare's most graphically violent works, and director Brook takes every opportunity to emphasize the carnage and gore.

Irene Worth
as Goneril

Cyril Cusack
as Duke of Albany

Patrick Magee
as Duke of Cornwall

Tom Fleming
as Earl of Kent

Søren Elung Jensen
as Duke of Burgundy
View All

King Lear Is, I think, Brook at his manic best. It triumphantly ignores both romantic and naturalistic traditions to achieve something akin to the so-called new theater in film terms.

Shakespeare's Lear survives in his play and, will endure forever. Brook's Lear is a new conception, a rethinking, and a critical commentary on the play.

It seems always characteristic of Brook's] films, in contrast to his stage work, that at the last moment he loses nerve, loses confidence in his material, and feels the compulsion aggressively to assent on "cinematographic" personality and style.

Even if it doesn't wholly convince. the film was surely worth the try. Taken in isolation, there's some astonishing work involved.

It is a long, hard haul and. to my shame, I did at times find it dull.

Above all, Mr Brook has allowed a notable cast to feel and use, really to use the marvellous language.

Very interesting and risky version of Lear. To some it will simply look unprofessional. I loved it. Very well acted.