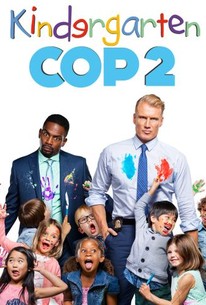 A veteran FBI agent (Dolph Lundgren) is assigned to go undercover as a kindergarten teacher in order to recover important stolen data in this /comedy sequel directed by Don Michael Paul.

This is a bad film, as simple as that. [Full review in Spanish]

What's most disappointing about the remake is how little it tries to define its own sense of silliness, content to reheat instead of creating a fresh direction of action icon confusion for a new generation.

Kindergarten Cop 2 ultimately resonates as nothing more than a sub-par rendition of its predecessor. The script is bad, the direction is uninspired, the villain is boring, and Lundgren can't navigate that space between comedy and action like Arnie can.