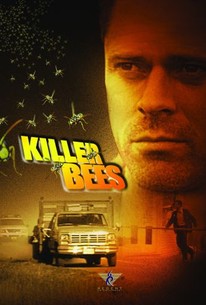 Each and every year, the farmers in a certain Northwestern community ship in thousand of honey bees to pollinate their crops. This year, alas, the bees have apparently become terrorists, buzzing relentlessly throughout the region and leaving a trail of death wherever they go. Sheriff Lyndon Hobbs (C. Thomas Howell) must overcome his own paralyzing fear of bees to save his community. In other words, this is Arachnophobia with stingers. Filmed in Vancouver, Killer Bees made its PAX Network debut on November 22, 2002.

There are no critic reviews yet for Killer Bees. Keep checking Rotten Tomatoes for updates!

There are no featured reviews for Killer Bees at this time.