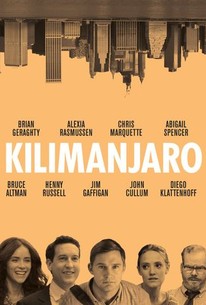 Nearing thirty, Doug Collins (Brian Geraghty) is dating a woman he no longer loves and doing a job he hates. The "best" years of his life are flying past and he is not looking forward to the rest. Doug's long-term girlfriend Clare (Alexia Rasmussen) despairs of the relationship and decides to move out of their Brooklyn apartment. Doug shares the news with his parents, Milton (Bruce Altman) and Ellen (Henny Russell), both of whom are severely disappointed and neither of whom conceals it well. Despite his guilt at letting down his parents, Doug feels a sense of excitement following the end of his relationship. For the first time in years, he sees new possibilities in life beyond his current situation. When he learns his grandfather has had a stroke, Doug flies home for a visit. At the nursing home, Doug's Grandfather (John Cullum) presents him with a family heirloom: a ring that belonged to Doug's Grandmother. He all but asks Doug to propose to Clare. Seeing his grandfather's weakened condition, however, Doug realizes even more clearly the need to make every day count. He decides he will seek out new adventures he will strive to get the most out of life. As a start, he will climb Kilimanjaro. Doug recruits his strong-willed, well-paid friend Mitch (Chris Marquette) to join him on the trek. He starts training and, at a running track, he meets an athletic, extrovert Yvonne (Abigail Spencer). Doug begins pushing himself to become the man he wants to be. Life begins pushing back. Expenses and troubles pile up. Ultimately, Doug faces a difficult decision of whether to set his new goal aside -- maybe forever -- or to push ahead to the mountaintop.

Apart from its conceptual bait-and-switch, Kilimanjaro has nothing much to offer.

There are no featured reviews for Kilimanjaro at this time.