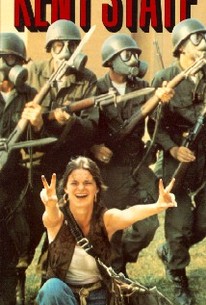 The May 4, 1970 tragedy at Kent State University is meticulously recreated this three-hour TV movie. Conceived in semidocumentary fashion, the film illustrates the slow, simmering buildup to the fatal confrontation between students and National Guard troops on the Kent Campus. The four students who fall victim to Guard gunfire are played by Jane Fleas, Talia Balsam, Keith Gordon and Jeff McCracken. Those who might complain that victims come off in a saintly fashion should be reminded that the young, inexperienced National Guard troops are likewise treated with respect and sympathy. Screenwriters Gerald Green and Richard Kramer trace the roots of the incident back to President Nixon's decision to selectively bomb strategic targets in Cambodia; their script is based on interviews and published accounts of the shooting. Filmed in Alabama rather than Ohio, Kent State was originally telecast February 8, 1981.

There are no critic reviews yet for Kent State. Keep checking Rotten Tomatoes for updates!

There are no featured reviews for Kent State at this time.