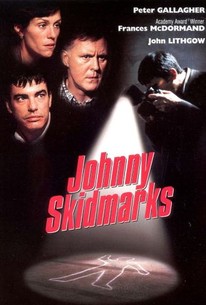 Scripter John Raffo made his directorial debut with this noir-slanted mystery thriller about free-lance crime-scene photographer Johnny Scardino (Peter Gallagher) and recovering alcoholic Alice (Frances McDormand). Scardino takes blackmail pictures of well-to-do types in rundown motels. After the blackmailers are bumped off, Scardino wonders if he's next on the hit list, so he searches for evidence or clues that might become visible in photo blowups. Shown at the 1998 Sundance Film Festival.

William B. Ward Jr.
as State Senator
View All

The film's problem is the protagonist is not a sympathetic figure.

AKA The Killer inside. Definitely more of a film made for TV with not a particularly typical type of Serial Killer storyline, even the dvd box looks very low budget, yet for some reason, it was still very watchable. Surely Peter Gallagher is Billy Bob Thornton?s long lost Brother? The likeness is uncanny! Easy watching, no thrills, but no boredom either.