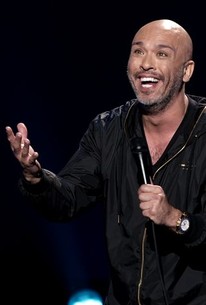 Jo Koy has finally achieved the comedy homecoming he's been dreaming of after growing up in Tacoma, WA. Filmed live at the Moore Theatre in Seattle for his 3rd comedy special and debut on Netflix, Jo reminiscences about his angst growing up with a Filipino mom, and jokes about trying to give his teenage son some independence.

Gender observations may not be groundbreaking, but Jo Koy is plenty animated enough to make it funny.

An endearingly honest and captivatingly funny performance that saw Koy digging deeply into his family life and personal hang-ups.

Koy does not go quite as deep, but is no less funny, albeit in a more physical, scatological way.

It's not the most mature hour. But then again, Koy is just feeling home again, and 13 again, at least in this hour, live from Seattle.

There are no featured reviews for Jo Koy: Live From Seattle at this time.