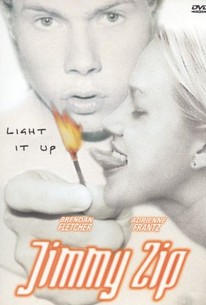 A boy learns to get by on his wits and comes to depend on the kindness of (relative) strangers in this independent drama. Jimmy (Brendan Fletcher), whose abusive foster father (Ike Gingrich) likes to call him "Jimmy Zip" (that is, "Jimmy Nothing"), is fascinated with fire and sees no good reason to stay at home where he's not wanted. So Jimmy hits the road and ends up in Hollywood, where he hooks up with a pair of fellow runaway teens, Sheila (Adrienne Frantz) and Snake (Zia). While Jimmy's new friends show him the finer points of scraping up a living on the streets, Rick (Chris Mulkey), a pimp and dope dealer, gives Jimmy a job dealing drugs. While on his way home from a drug buy, Jimmy makes the mistake of getting in an argument with Horace (Robert Gossett), a homeless man with Tourette's syndrome who lives in his car. Horace accidentally ends up with Jimmy's jacket, which has $20,000 of Rick's money inside; when Jimmy realizes what happened, he tries to warn Horace before Rick can get to him, but Horace and Jimmy soon take it on the lam with Rick's money. Horace has artistic ambitions, and with Rick's drug money as a stake, he hopes to create some metal sculptures that he can sell for bigger money, allowing him and Jimmy to support themselves after paying back Rick. Jimmy Zip was shown at the 1999 Hollywood Film Festival, where it won a special prize for best film with a budget under one million dollars.

There are no critic reviews yet for Jimmy Zip. Keep checking Rotten Tomatoes for updates!

There are no featured audience reviews yet. Click the link below to see what others say about Jimmy Zip!