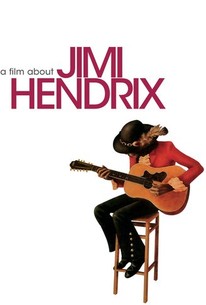 Jimi Hendrix was one of the most prodigiously gifted electric guitarists in rock music history, leaving behind a remarkable body of work after his death in 1970. Jimi Hendrix combines live footage of Hendrix in concert with interviews with Hendrix's friends and contemporaries. Also known as A Film About Jimi Hendrix.

Arthur Allen
as Himself

Alan Douglas
as Himself

A groundbreaking music documentary which features some of the best and most important live performances in rock n' roll history.

... a film that exceeds all previously made in this area (Woodstock, Monterrey, Gimme Shelter, etc.)... [Full review in Spanish]

a good early doc made shortly after his death. interviews with his dad, old gfs, army buddies and friends as well as clapton, townshend, lou reed and mick jagger. alot of great concert footage, most of which as been seen elsewhere