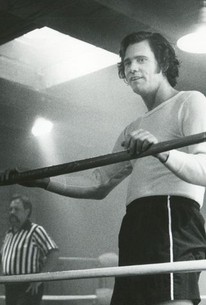 Critics Consensus: Jim & Andy: The Great Beyond offers a fascinating behind-the-scenes glimpse of method acting in action -- and one star's journey toward something like personal acceptance.

Critics Consensus: Jim & Andy: The Great Beyond offers a fascinating behind-the-scenes glimpse of method acting in action -- and one star's journey toward something like personal acceptance.

Critic Consensus: Jim & Andy: The Great Beyond offers a fascinating behind-the-scenes glimpse of method acting in action -- and one star's journey toward something like personal acceptance.

Director Chris Smith's fascinating deep dive into actor Jim Carrey's time spent portraying famed and complicated comedian Andy Kaufman. Using approximately 100 hours of footage shot on the set of Man on the Moon documenting Carrey's transformation into Kaufman for four months. Jim Carrey earned critical acclaim and a Golden Globe for the performance, but many of the production's most Kaufmanesque moments played out behind the scenes, thankfully captured on video by Andy's former girlfriend, Lynne Margulies and former writing partner, Bob Zmuda. In Jim & Andy, Carrey looks back at the resulting footage 18 years later, reflecting on how he and Andy came up in oddly parallel universes, his experience channelling Andy and Tony and more broadly the spiritual journey of his career.

One of the most powerful metaphors of Jim & Andy is that life itself is a kind of performance.

Jim & Andy finds Carrey in an intriguing place, what he calls "a quiet, gentle seat in the universe."

Smith weaves footage of Kaufman's emergence onto the comedy scene with Carrey's, and suggests that both performers drew from a similar (if not the exact same) well of pain.

... thanks to "Jim & Andy," viewers will come away not just with greater insight about them, but also the pitfalls that potentially face those who beat the odds by turning an open-mic night into a thriving career.

Jim & Andy works best as a reminder of the skill level and commitment of its two title performers.

A glorified behind-the-scenes doc from the time Jim Carrey interpreted Andy Kaufman in Man on the Moon, this doc has great footage but loses its way trying to pretend is deeper that it actually is.

'Jim and Andy' is much more than the chronicle of an actor's transformation for a shoot, or even the portrait of an artist's obsession with another, or an analysis of the similarities between them. [Full Review in Spanish]

As well as fascinating and affecting, Jim & Andy is very funny, as it should be with its subjects.

Jack Blackwell
One Room With A View

Jim and Andy offers invaluable insight into the agony of acting.

What at first seems like a comedic look behind the curtain of Hollywood history builds to become a mesmerizing live-wire examination of the boundaries between artistic expression and sanity.

Like those in the headlines facing the music for their past actions, Jim Carey seems afraid to fully own up to his own horrible behavior. "It wasn't me! I was possessed by the spirit of Andy Kaufman," is basically the gist of his defense.

It is quite nice to see these images released to the public after so many years, now in a curious documentary that explores Jim Carrey's creative process showing us how he embraced the character of Andy Kaufman and even treated him (as well as Tony Clifton) as a real human being.

Great documentary with a lot of behind the scenes footage from the making of "Man on the moon." Carrey disappearing entirely behind his role Andy Kaufman/Tony Clifton at the time and looking back on that period and his entire career now are telling us a lot about the man, the actor and his roles. The similarities between him and Kaufman are striking.