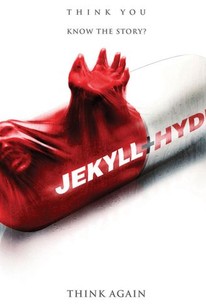 The low-budget, direct-to-video thriller Jekyll + Hyde updates Robert Louis Stevenson's seminal 1886 novel to the Twenty-first century. Jeff Roop and Bree Turner star as medical students Jay and Mary, whose undying experimentation with an ecstasy-like drug yields a complete loss of behavioral control, followed by a sudden descent into unbridled madness, and Mary's death. As Jay begins to gradually alter the formula with the hope of saving himself, he instead becomes more and more controlled by the substance, with little recognition of the extent to which it is reshaping his life and personality. Meanwhile, he captures the entire experience on a series of video diaries that will tell the tragic story to the rest of the world.

...there's simply no denying that Jekyll Hyde is, above all else, just flat-out dull.

I loved this film! It is truly an imaginative retelling of the Jekyll and Hyde legend.

After watching so many different versions of Jekyll & Hyde, I really expected & hoped for this movie to be good since it put a twist on the story with the ecstacy pills.It starts off good but then dies in the middle.After that I tried as hard as I could to finish it but I could not do it.I was hoping this version of Jekyll & Hyde would be something different & unique but it turned out to be garbage