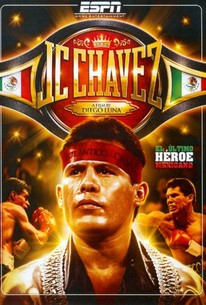 Y Tu Mamá También star Diego Luna makes his directorial debut with this documentary tracing the life and career of Mexican boxer Julio César Chávez. From his very first bouts to his unforgettable matches against such formidable opponents as Oscar De La Hoya and Kostya Tszyu, Luna's film merges past and present by following the legendary Chavez as he prepares for retirement and begins training son Julio César Chávez, Jr. to carry on the fighting family tradition. It isn't every day that a boy who spent his youth in a boxcar in Mexico rises through the ranks to become a six-time world champion, yet somehow Chávez managed to beat the odds to become one the most respected boxers in the history of the sport. Interviews with the pugilist's family and friends reveal the fascinating details about Chávez's rise from poverty, with an examination of the fighter's questionable association with Mexican president Vicente Fox and an ill-conceived "farewell tour" highlighting how social controversy can be as devastating as even the most solid left hook.

A compelling, impressionistic study of the boxer Julio César Chávez.

There are no featured audience reviews yet. Click the link below to see what others say about J.C. Chavez!