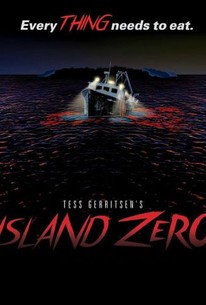 When a ferry mysteriously fails to arrive, a fishing island community of the coast of Maine finds itself in a growing state of panic. As the phone lines go out, and inhabitants start turning up dead, survivors band together to find and stop the elusive killer.

Island Zero is almost kept afloat by an enticing storyline and strong performances, but ultimately sinks once the creature design and endgame are revealed.

Simple, effective, low-budget horror... from the creator of Rizzoli & Isles?

Punching well above its weight, this is a film unashamed of its own smallness and willing to take risks in service of the story.