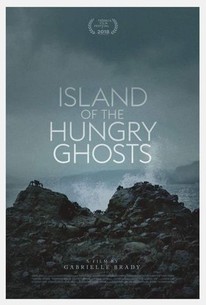 Detainees from the detention center on Christmas Island recount their stories to a trauma therapist who attempts to advocate their cause. Covering the ancient traditions of humans and animals on the island, and the many secrets that will never be known in the jungle, the movement of both species is examined as they attempt to survive.

News & Interviews for Island of the Hungry Ghosts

View All Island of the Hungry Ghosts News

Critic Reviews for Island of the Hungry Ghosts

Island of the Hungry Ghosts casts an undeniably hypnotic spell. The documentary also serves as an important reminder that the United States is far from alone in mistreating its would-be immigrants.

The result is at once acutely distressing and quite lovely, transforming the island into something primitive and inscrutable.

This might almost be the island of The Tempest, a place with a stark message for humanity.

Aesthetically speaking, all the footage here is worthwhile, it's just the film makes its point a little too swiftly and obviously.

Affecting and disquieting, it's an audiovisual braided essay about displacement and the limits of empathy ... Hungry Ghosts, though, makes poetry of despair, inertia, failure...

Paints a poetic, and at times chilling, portrait of life in transit, of a struggle for survival as old as time now playing-out in both the macro and the micro.

This film is a powerful call for change regarding how Australia treats those who cross its borders seeking asylum.

The film is beautifully photographed by Michael Latham, has an excellent music score by Aaron Cupples, and is never less than intriguing. But Brady's decision to withhold vital information from the viewer is rather self-defeating.

...clever, innovative filmmaking from a director worth paying attention to.

Michael Ward
Should I See It

The film is a haunting portrait of the island as a purgatorial realm between the poles of isolation and liberation.

We get a sense of the place as a slightly eerie limbo, but the limits of the film's scope are frustrating.

There are no featured reviews for Island of the Hungry Ghosts at this time.

Island of the Hungry Ghosts Quotes