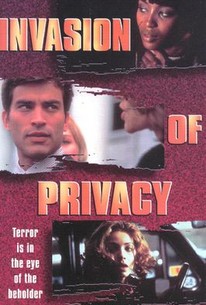 The media politicizing of abortion and paternal rights nearly cost a young woman her life in this taut, fast-paced thriller. Theresa's ordeal begins when she falls in love with handsome Josh, who was a well-known model as a baby. He seems charming at first, but then she finds herself pregnant. Suddenly Josh becomes violent. Realizing that he has a dangerous psychotic side, Theresa heads off for a lonely cabin to plot how she will escape him and to prepare for an abortion. Unfortunately, Josh follows her there and ends up holding her hostage. He intends to keep her there until her pregnancy is too far along to end. She tries to escape, but he violently makes sure she stays. Eventually he frees her and she immediately goes to the police. Meanwhile Josh secures a tenacious lady lawyer. They become lovers and the lawyer takes the case to the media, painting Theresa as a selfish, amoral killer of the unborn. Josh then becomes the poster boy of the Pro-Life movement and with their substantial help, all charges against him are dropped. Theresa finally has her baby and finds that she really does want it. She is happy with her baby, hiring a nanny when she must return to her flowershop to work. Unfortunately, the obsessed Josh is now determined to have soul custody of the child and begins cozying up to the nanny. He then tells her that he believes Theresa is planning to poison the infant. Fortunately for Theresa, Police Sergeant Rutherford is on her side and quietly keeps looking to prove that Josh has killed twice before. This leads to the story's exciting, violent and rather bloody conclusion.

There are no critic reviews yet for Invasion of Privacy. Keep checking Rotten Tomatoes for updates!

There are no featured reviews for Invasion of Privacy at this time.