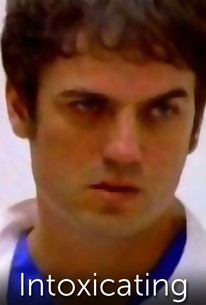 A man is forced to examine his headlong dive into chemically induced oblivion when he starts dragging someone else along with him in this independent drama. Dorian (Kirk Harris) is a gifted surgeon who has a severe problem outside the operating room -- he is an alcoholic and cocaine abuser who is quickly losing his grip on his habit. Stumbling from all-night benders and reckless sexual escapades into surgery, Dorian's habits have begun to worry his on-and-off girlfriend, Megan (Laurie Baranyay), and even his drug dealer, Teddy (Eric Roberts). Megan introduces Dorian to her close friend Anna (Camilla Overbye Roos), who recently lost her son in an auto accident. Anna immediately falls for Dorian and willingly follows him into his netherworld of decadence, but before long, Dorian begins to see where his lifestyle is taking both Anna and himself, and he realizes they both need to change before it's too late. Intoxicating was scripted by leading-man Kirk Harris and was adapted from a story written by Harris and director Mark David.

At first, these uncomfortably long shots create an air of ominousness, until we realize they don't signify anything.

Another eye-roll-inducing drug- and alcohol-abuse story that offers little new.

There are no featured audience reviews yet. Click the link below to see what others say about Intoxicating!