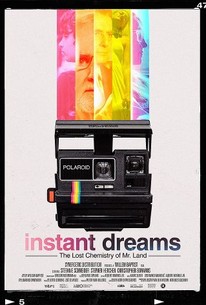 Instant Dreams is a feature documentary by Willem Baptist (Wild boar, I'm Never Afraid!) about the fascination and love for Polaroids. When Polaroid announced the end of instant film in 2008, the last still working factory was bought by a small group of enthusiasts. Among them is the retired scientist Stephen Herchen who previously collaborated with the inventor of Polaroid and is still trying to unravel the secret of the lost chemical formula.

The Curse of La Llorona Is a Crying Shame

For a documentary examining the enduring affection for the late Polaroid camera Willem Baptist's "Instant Dreams" proves to be an awfully drawn-out process.

Any viewers actually interested in the topic would be well advised to search elsewhere for information.

Baptist's approach, treating his subjects like characters in a drama, is ultimately frustrating.

The death of the Polaroid compares the photo to the mirage. Do we care most about the instant, or the dream?

What Willem Baptist has crafted is a documentary that feels rooted in both avant garde film and the spirit of Polaroid cameras.

A moody mishmash of people in unique disciplines addicted to Polaroids, starting with the creators of the process and their complex journey.

All in all, 'Instant Dreams' is a likable film that made me reminisce about my own possession of more than one Polaroid camera.

I found it a pleasant enough watch.

A reminder that the Polaroid camera has qualities that will never grow old despite the company's collapse.

Instant Dreams does a remarkable job of juggling each story and making the viewer invested in each part. The history of the company and its founder, Land, would be enough for a movie all on its own.

This is the sort of stuff that will always find an audience amongst people who are drawn to cinema because of their interest in the medium itself, but Willem Baptist's documentary has the potential to reach far beyond that.

There are no featured reviews for Instant Dreams at this time.