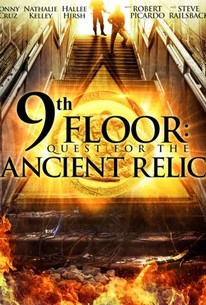 Jimmy Romero and his entrepreneurial partner Micki Thorne have never met a 'Keep Out' sign they could resist. Blackmailed by a ruthless tycoon, they find themselves guiding his operative through a shattered office tower mere hours before it is to be imploded. Hidden somewhere in the explosive-packed interior is a priceless relic spirited out of France on the eve of World War II. But Jimmy discovers that others are searching for this prize as well. Members of a shadowy religious order led by Reverend Artemis Quaid seek to recover the relic while a smooth and psychopathic treasure hunter named Eric Volker is determined to profit from its retrieval. Jimmy finds himself in a nine-story battle of wits and fists with Volker's sophisticated crew of bandits... all while time relentlessly counts down to implosion.

There are no critic reviews yet for Infiltrators. Keep checking Rotten Tomatoes for updates!

There are no featured reviews for Infiltrators at this time.