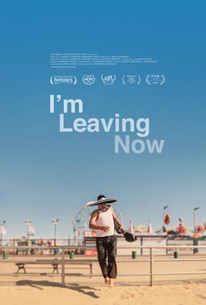 Felipe, an undocumented Mexican immigrant in Brooklyn, struggles with whether to return home to Mexico, to the wife and children he no longer really knows. Felipe has come to a crossroads. After 16 years in Brooklyn, working three low-paying jobs and collecting bottles on the street in his spare time and sending the bulk of his earnings home to his family in Mexico, he's decided to return to his wife and the children he hasn't seen in almost two decades. But when he informs his family of his homecoming, he discovers that they've squandered the money, are deeply in debt and don't want him to return. They need him to stay in the US, continuing to earn.

Critic Reviews for I'm Leaving Now (Ya me voy)

...telling his story in vignettes allows the passage of time to be felt in other ways. Every jump forward is a small shock.

It's as if Cordero and Croda are trying to goose the drama rather than unearth it, never entirely trusting that Felipe's life is interesting enough as is.

Felipe is a very unique character. Prankster and dancer, moves with the lightness of who already dominates the iron city (NYC). [Full Review in Spanish]

Viewers may not learn a lot about this man or his life specifically, but through a profound sense of intimacy they may find something even greater under this film's proverbial hood - empathy.

Watching Felipe languish before the camera, it is hard not to question what he got out of the experience, and why the filmmakers couldn't have aided by him. The observational style of the doc makes one feel helpless. But is that productive?

... the film does what films like this are supposed to do: bring us close, and open our eyes.

A timely and sensitive portrait of a man that speaks loudly for the anguish of many.

There are no featured reviews for I'm Leaving Now (Ya me voy) at this time.