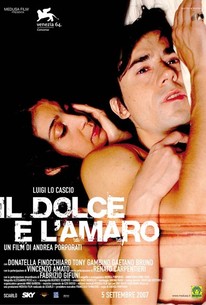 An average Sicilian on the fast track to success within the Cosa Nostra becomes ever more disillusioned about his standing within the ranks of the brutal criminal underworld in director Andrea Porporati's character-driven crime drama. Saro Scordia (Lo Cascio) was just a young boy when his father was killed in a prison riot. In the wake of his tragic loss, Saro is soon taken under the wing of underworld figure Gaetano Butera (Tony Gambino) and shown all the benefits of being truly connected. Later, while Saro is serving a brief sentence behind bars, he makes the acquaintance of influential gangster Uncle Ciccu (Renato Carpentieri). It is this relationship proves especially fruitful for Saro once he returns to the streets, paving the way for a series of increasingly important jobs including a high profile bank job in Turin and a crucial hit in Milan alongside Ciccu's bumbling son Mimmo (Gaetano Bruno). Things soon threaten to fall apart, however, when the love-struck Saro falls deeply in love with the stunning Ada (Donatella Finocchiaro) - a strong willed woman who refuses to become a mafia wife. Though Saro dutifully marries a woman more accepting of his criminal lifestyle and begins raising a family as expected of him by his superiors, the brutality of the criminal lifestyle soon leads him to regret his decision to become an official "man of honor." ~ Jason Buchanan, Rovi

There are no critic reviews yet for Il Dolce e l'Amaro (The Sweet and the Bitter). Keep checking Rotten Tomatoes for updates!

There are no featured reviews for Il Dolce e l'Amaro (The Sweet and the Bitter) at this time.

Il Dolce e l'Amaro (The Sweet and the Bitter) Quotes