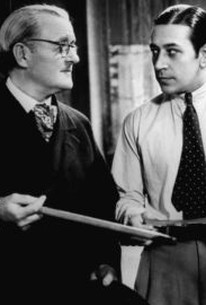 If I Had a Million Photos

Based on a story by Robert Andrews, If I Had a Million is a multipart comedy-drama employing Paramount's top directorial and acting talents. Refusing to leave his fortune to his grasping relatives, dying millionaire Richard Bennett selects several people at random from the phone book and bestows upon each of them a check for one million dollars. The first recipient is henpecked husband Charlie Ruggles, who cheerily enters his former place of employment, a china shop, and smashes every bit of crockery in the place. Prostitute Wynne Gibson uses her money to escape from her sordid lifestyle and finally sleep in a bed all by herself. Forger George Raft finds that he can't convince anyone that his check is genuine, and ends up handing the check to a flophouse manager--who promptly burns it. Husband and wife W.C. Fields and Alison Skipworth, dismayed that their new car has been destroyed by a "road hog," utilize part of their million dollars to purchase a fleet of cars and then smash up every road hog in sight! Convicted murderer Gene Raymond hopes that his million will help finance a new trial, but the execution is carried out on schedule. Newly rich clerk Charles Laughton calmly makes his way through a series of offices, reaches his boss' desk, and delivers a loud Bronx cheer. Gary Cooper, Roscoe Karns and Jack Oakie play three brawling marines who think the check's a joke and sign it over to an illiterate lunch-counter owner. The last million-dollar recipient is May Robson, an elderly woman confined to a dismal nursing home. She spends her money to turn the home into a joyful resort for old people, forcing the formerly repressive nursing-home staffers to earn their paychecks by sitting all day in rocking chairs. The millionaire who started the plot rolling is given a new lease on life by May Robson's example, and he recovers from his "fatal" illness.

May Robson
as Mrs. Walker

Grant Mitchell
as The Prison Priest

Morgan Wallace
as Mike, a Mobster

Critic Reviews for If I Had a Million

With eight directors and 17 credited writers, the results aren't exactly uniform, but they work more often than not.

Audience Reviews for If I Had a Million

This Depression-era tale simply looks in on the lives of 6 people given a million dollars (back when it was really worth a million) and what they might do with the freedom money allows. Played mostly for comedy, it manages to deliver smiles more often than not. Three of the tales make enlightened social commentary as well, such as when a call girl gives up 'the life' Better than you might think.

If I Had a Million Quotes