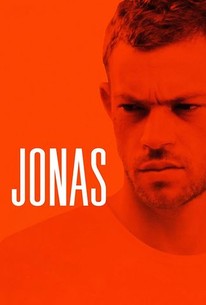 I Am Jonas (Jonas) Photos

Jonas' path during two moments of his life, echoeing each other. In 1997, while he was a shy and secretive teenager, and 18 years later, as he became a seductive and impulsive young man trying to find his life balance. His world has been completely shaken when he was 15 and met Nathan, an intriguing friend who wants to help him discover who he really is. Years later, Jonas is still haunted by his past and Nathan's souvenir.

News & Interviews for I Am Jonas (Jonas)

View All I Am Jonas (Jonas) News

Critic Reviews for I Am Jonas (Jonas)

I Am Jonas is a mindful, astute portrait of a troubled man.

The broken Jonas is not an easy character to like and his self-loathing is in danger of alienating us as much as it does the characters he interacts with. That said, it is a committed and convincing portrait by [Felix] Maritaud.

Boys (Jonas) may be a TV movie, but it still suggests that its writer/director has a bright future ahead of him on the big screen.

It's a finely crafted film that generates a big emotional kick, even if it feels rushed.

Rich Cline
Shadows on the Wall
View All Critic Reviews (5)

There are no featured reviews for I Am Jonas (Jonas) at this time.

I Am Jonas (Jonas) Quotes