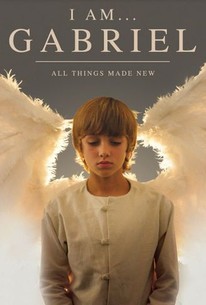 A mysterious young boy wanders into a desolate Texas town with a message of divine hope, but encounters hostility and cold indifference in this Christian-themed drama starring Dean Cain and John Schneider. Promise, Texas is the kind of place where hope goes to die. Stricken by drought and plagued by foreclosures, it seems to have been forsaken by God. Some locals even claim that Promise is cursed. Then one day, from out of nowhere, a young boy (Gavin Casalegno) wanders into Promise carrying nothing but a mysterious mat. He claims that Christ is the answer to the problems that plague the dying town, but the headstrong locals have lost their way, and refuse to listen. Over time, their hostility toward the young messenger grows. Only when the ethereal visitor is forced to reveal his true identity will the people of Promise learn that without repentance, there will be no salvation.

Critic Reviews for I Am Gabriel

There are no critic reviews yet for I Am Gabriel. Keep checking Rotten Tomatoes for updates!

Audience Reviews for I Am Gabriel

There are no featured audience reviews yet. Click the link below to see what others say about I Am Gabriel!

I Am Gabriel Quotes