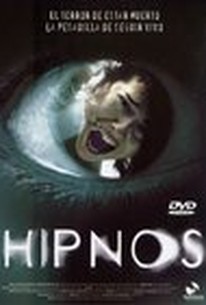 The recipient of the Grand Prize of European Fantasy Film at the 2005 Brussels International Festival of Fantasy Film, director David Carreras' horror-flavored thriller tells the tale of a newly hired nurse working in a isolated mental hospital, and the darkness that emerges when her patients start whispering of strange happenings in the institution's winding corridors. ~ Jason Buchanan, Rovi

There are no critic reviews yet for Hypnos (Hipnos). Keep checking Rotten Tomatoes for updates!

There are no featured audience reviews yet. Click the link below to see what others say about Hypnos (Hipnos)!