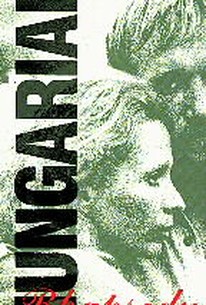 Hungarian Rhapsody (Magyar Rapszodia) is the first chapter of director Miklos Jancso's two-part dramatized history of Hungary, from the turn of the century, to World War II. The story is told from the vantage point of Gyorgy Cserhalmi, the son of a wealthy landowner. During World War I, Cserhalmi is instrumental in quelling an army mutiny. Upon realizing that he has been responsible for the deaths of several peasant conscripts, Cserhalmi vows to be a "man of the people" when hostilities cease. He joins a communist cell, but finds he is woefully out of place. Throughout the 1920s and 1930s, Cserhalmi's political viewpoint is governed almost exclusively by his vacillating emotions. The film is enhanced with a "Russian Roulette" leitmotif, not unlike the fatalistic throughline of Michael Cimino's The Deer Hunter. Director Jancso followed Hungarian Rhapsody with Allegro Barbaro; both films were originally released in tandem, then redistributed as separate features. ~ Hal Erickson, Rovi

There are no critic reviews yet for Hungarian Rhapsody (Magyar rapszódia). Keep checking Rotten Tomatoes for updates!

There are no featured reviews for Hungarian Rhapsody (Magyar rapszódia) at this time.