How to Break into the Elite2019 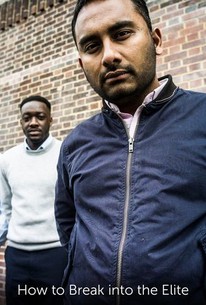 How to Break into the Elite Photos

Amol Rajan made it from relatively humble beginnings as the son of Indian immigrants to a career in the media that he used to dream about - becoming the youngest editor of a UK broadsheet at age 29. He wants to know how hard it will be for the next generation of young people to break into Britain's prestigious professions. Is working hard enough? Or are your chances in life still determined by where you come from? He spends time with graduates from very different backgrounds at that crucial moment when university ends. Amaan and Elvis are both working class lads who have their sights set on becoming city boys, but the LSE's Sam Friedman tells Amol that when it comes to top professions, even grads like them who have got top degrees are much less likely to get elite jobs than their more privileged counterparts. Amol learns that when it comes to city jobs, many employers are looking for candidates with 'polish' - which sounds a lot like being posh.

Critic Reviews for How to Break into the Elite

[Amol Rajan is] ideally qualified to ask some very uncomfortable questions about who is still getting the top jobs in Britain, and why.

How to Break into the Elite was astute and depressing because it confirmed what I imagine many already suspected.

There are no featured reviews for How to Break into the Elite at this time.

How to Break into the Elite Quotes