How Bruce Lee Changed the World2009 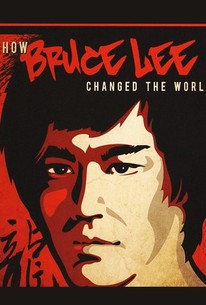 Get to know the man behind the laser-fast kicks in a documentary exploring the life and legend of film star Bruce Lee, who died tragically at the age of thirty two, a mere three weeks before the release of his only U.S. film, Enter the Dragon. A native of San Francisco, Lee secured a permanent place in pop culture by introducing the martial arts to the modern world. His skills seemed almost supernatural, ad no one could have guessed that he would be gone in the blink of an eye. In this documentary, seldom seen home movies and rare interviews reveal the true personality of a martial arts icon. Additional interviews with Jackie Chan, John Woo, Stan Lee, and Brett Ratner offer added insight into Lee's remarkable legacy.

Critic Reviews for How Bruce Lee Changed the World

One of the sloppiest biographical documentaries ever put on camera.

Audience Reviews for How Bruce Lee Changed the World

There are no featured audience reviews yet. Click the link below to see what others say about How Bruce Lee Changed the World!