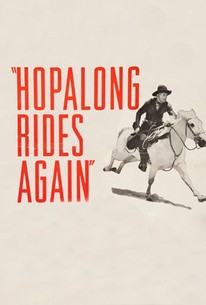 A former assistant to W.S. Van Dyke, Leslie Selander took over directorial chores from the unimaginative Nate Watt with this "Hopalong Cassidy" series entry in which Hoppy (William Boyd) believes that his girlfriend and her paleontologist brother are actually heading a gang of rustlers. The hero is only half-right; foppish Horace Hepburn (Harry Worth) quickly reveals his ignorance of skulls and bones but sister Nora (Nora Lane) remains in the dark about her brother's nefarious schemes. When Hepburn learns that the Bar 20 is driving a herd of cattle through the Black Buttes, he plans to trap Hoppy and sidekicks Lucky Jenkins (Russell Hayden) and Windy (George "Gabby" Hayes), but manages only to wound Artie (Billy King), the nephew of rancher Buck Peters (William Duncan). Hepburn later attempts to assassinate Hoppy, but misses and instead plans to ambush the Bar 20 foreman. Hepburn's lead henchman, Blackie (John Rutherford), refuses to shoot Cassidy in the back, and after a final shootout, it is a dying Blackie who finally finishes the fleeing Hepburn. ~ Hans J. Wollstein, Rovi

Harry Worth
as Professor Hepburn

There are no critic reviews yet for Hopalong Rides Again. Keep checking Rotten Tomatoes for updates!

There are no featured reviews for Hopalong Rides Again at this time.