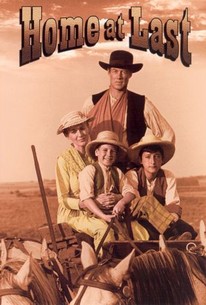 In this moving drama set near the turn-of-the-century, a New York orphan is placed aboard the notorious orphan train (part of a government program in which parentless inner city kids were shipped to midwestern farms to be adopted out or used for cheap labor in hopes of bettering their lives) and sent to a Nebraska farm. The family who adopts him still grieves over the loss of their first son and at first tries to use the new boy as a replacement for him. But the young man wants to be loved and appreciated for being himself and a struggle ensues.

Kenneth Freese
as Man in Store No. 1

Ray Stevens
as Man in Store No. 2

Critic Reviews for Home at Last

There are no critic reviews yet for Home at Last. Keep checking Rotten Tomatoes for updates!

Audience Reviews for Home at Last

There are no featured audience reviews yet. Click the link below to see what others say about Home at Last!