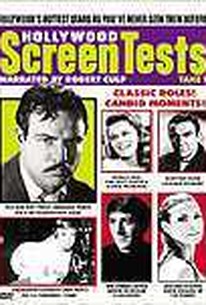 Even big stars need to stand in front of the director and audition for their roles, and some of the best screen tests are from the early years of legends. See some of Hollywood's top names and greatest talents in their very first appearances on celluloid. From Dustin Hoffman's 1966 stock and personality tests to Raquel Welch and James Coburn cavorting for Our Man Flint, from The Three Stooges to Rock Hudson, see stars trying to get on film.

There are no critic reviews yet for Hollywood Screen Tests. Keep checking Rotten Tomatoes for updates!

There are no featured reviews for Hollywood Screen Tests at this time.