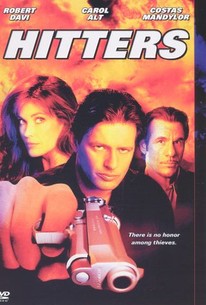 War is brewing between rival crime families and caught in the middle is Tony Civiano (Costas Mandylor). Pulled in one direction by his mob family ties, and in the other by his desire to be a modern day civic leader and business owner, it seems that Tony has a choice between informing for the police and giving up his life for the mob-but Tony isn't on either side, he is on his own.

Matthew Powers
as Steve
View All

There are no critic reviews yet for Hitters. Keep checking Rotten Tomatoes for updates!

There are no featured audience reviews yet. Click the link below to see what others say about Hitters!