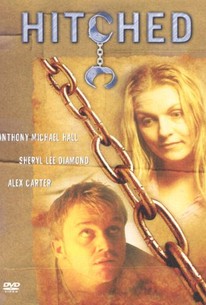 Noted screenwriter Wesley Strick made his directorial debut with this offbeat suspense story. Ted (Anthony Michael Hall) and Eve (Sheryl Lee Diamond) are a couple who've just moved into a beautiful old house, which has an unusual feature in the basement -- a hidden bar room which was used as a "speakeasy" during Prohibition. Eve has for some time wondered if Ted is entirely faithful to her and she gets an answer when she's called to the hospital after Ted's been in a serious auto accident, and discovers his mistress is already at his bedside. Eve discovers Ted has been cheating on her with a variety of women for years and she decides to do something about it. Shortly after Ted is released, he mysteriously disappears and no one has any idea of where he's gone. While she isn't telling, Eve knows the truth about Ted -- she's locked him up in the basement speakeasy, and is keeping him captive so he can't run around on her. While Eve is happy to know where Ted is at all times, Police Detective Grant (Alex Carter) keeps popping by to ask questions, and Eve finds herself tempted by another man while struggling not to let down her guard. Hitched was produced for the USA cable network, where it first aired in 2001.

Mary Fraser
as Actor
View All

There are no critic reviews yet for Hitched. Keep checking Rotten Tomatoes for updates!

There are no featured reviews for Hitched at this time.