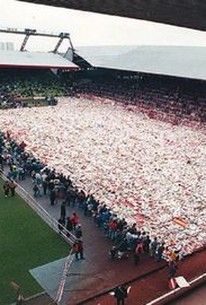 How the worst disaster ever to hit British sport happened, and its devastating consequences, when 96 people lost their lives at the 1989 FA Cup semi-final between Liverpool and Nottingham Forest played at the Hillsborough stadium in Sheffield.

There are no critic reviews yet for Hillsborough. Keep checking Rotten Tomatoes for updates!

There are no featured reviews for Hillsborough at this time.