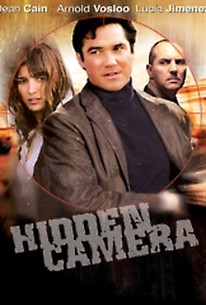 Investigative reporter Dan Kovacs (Dean Cain) uncovers a vast international counterfeiting ring while investigating the murder of his brother, a Pulitzer Prize-winner who perished under mysterious circumstances. Dan has traveled around the world, and interviewed some of the most dangerous men alive. When his brother Peter is killed, Dan vows to keep digging until he uncovers the truth about the perplexing murder case. What he finds could result in destruction on an unprecedented scale. Peter was killed because he had uncovered evidence that an international counterfeiting ring was on the verge of creating a fraudulent U.S. $100 bill that even the sharpest eyes couldn't distinguish from the real thing. But that's only the tip of the iceberg; the conspiracy leads to some of the most powerful leaders in some of the world's biggest superpowers. Now, with a corrupt Interpol agent closing in and government agencies hot on his trail, Kovacs must stay alive long enough to break the story and ensure his brother didn't die in vain.

There are no critic reviews yet for Hidden Camera. Keep checking Rotten Tomatoes for updates!

There are no featured reviews for Hidden Camera at this time.