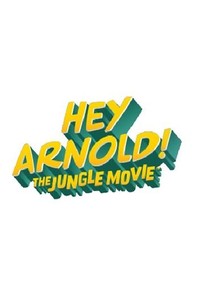 Arnold and his class win a service trip to San Lorenzo, but then their adventure goes awry, and their only hope of getting home may be retracing the dangerous path that led to Arnold's parents' disappearance.

It's certainly a lot more mature and even darker in tone than the original series.

A heartfelt and emotionally satisfying conclusion that reminds you of what made the TV-show so special, ties up loose ends from the show, makes you cry our eyes out while also laughing hysterically, but also opens the door to more adventures.

The jokes are on point and the payoff to all the plotlines are handled with great care.

I thought it was a very well done entertaining little film.

The finale we deserved.

Its endearing lead, a wacky ensemble, and the larger-than-life adventures these kids find themselves on make The Jungle Movie a welcome return to Hillwood.