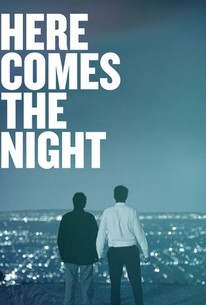 Leo and Nick, college friends now estranged, meet again after the funeral of their friend James. Seemingly polar opposites, straight laced east-coast family man Leo and flakey would-be Hollywood movie producer Nick embark on a series of outrageous nocturnal adventures. With a knowing nod to the worst of L.A. stereotypes, Nick pulls Leo along on what becomes an homage to debauchery. Ably assisted by Trish and Claire, a pair of drug-loving young beauties they meet along the way and hook up with for a while, Leo and Nick's journey is both poignant and hilarious. With a wealth of unexpected and thoroughly engaging plot twists and turns, this is one of those rare films that strikes just the right balance between comedy and pathos. Pitch perfect casting, snappy dialogue, sly observations, seamless editing and an evocative score make this a "must see" movie. Sweet, gentle, hilarious and thought provoking. -Barbara Pokras A.C.E(Film Reviewer - Woodstock Film Festival)

Will McCormack
as Blair

Tara Summers
as Simone
View All

There are no critic reviews yet for Here Comes The Night. Keep checking Rotten Tomatoes for updates!

There are no featured reviews for Here Comes The Night at this time.