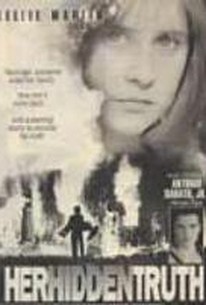 Kellie Martin stars as a teen wrongly accused of setting a deadly arson fire in this made-for-television drama. Martin plays Billie Calhoun, a girl who has been held in a juvenile detention facility since being accused of killing her mother and sister in a fire. Up for a possible early release on her 18th birthday, Billie is again denied her freedom. Steadfastly denying any involvement and determined to find out the truth on her own, Billie escapes from the center. Out on her own, she disguises herself and befriends a young cop named Matt Samoni (Antonio Sabato Jr), and together they set out to uncover the truth.

Diana Taylor
as Val
View All

Critic Reviews for Her Hidden Truth

There are no critic reviews yet for Her Hidden Truth. Keep checking Rotten Tomatoes for updates!

There are no featured reviews for Her Hidden Truth at this time.